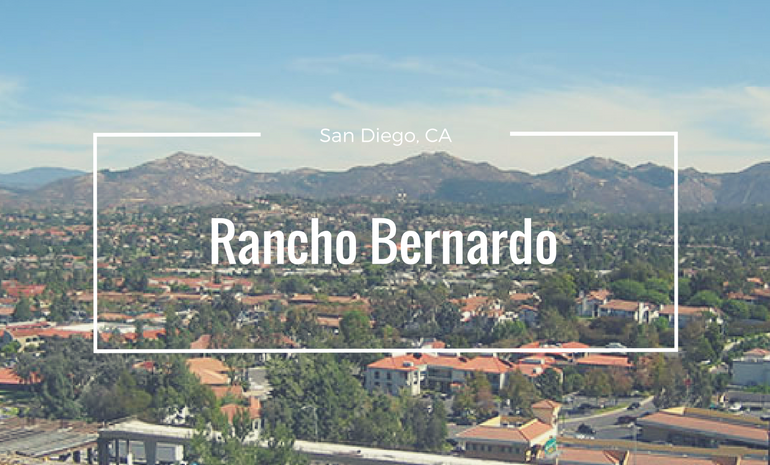 Rancho Bernardo is currently one of San Diego's hottest neighborhoods. Nestled in the northern hills of San Diego, it features an assortment of canyons and beautiful landscapes that give the area its unique flavor. Rancho Bernardo's real estate market is seeing a new level of interest as immaculately planned neighborhoods move into the area.

Sitting on the outskirts of San Diego, Ranch Bernardo emulates a high end, luxury living feel. The area is known for being home to many executives and management level employees. The area has an exceptionally low poverty rate, and is listed among the top 2% richest neighborhoods in America. The area is richly diverse, with a mix of American immigrants from other countries and those of European descent.

The Ranch Bernardo area is home to a good mix of owners and renters. The vacancy rate is below 4.9%, making it one of the lowest in the nation. The average property price in the area is nearly $850,000. This makes it one of the most exclusive neighborhoods in California and the US as a whole. Rental rates in the area are over $2300 per month for most properties. For the most part these properties include mid-sized homes in the three and four bedroom range, as well as large homes with more than four bedrooms and an assortment of high end amenities. More than half of the homes in Ranch Bernardo were built post 1999, heralding in an era of new construction and designs. This is a stark contrast from many of the other luxury developments across America which feature older, classical construction.

There are several factors that make Rancho Bernardo stand out from other neighborhoods in San Diego. First and foremost, it is one of the most diverse neighborhoods in America, with residents speaking a variety of different languages.The neighborhood also has an above average number of residents who have completed higher education degrees. Most of the residents choose private schools for their children, and vacation outside of the country.

Rancho Bernardo is also home to one unique music festival, and the Bernardo Winery. Both of these draw small amounts of tourism, especially as the Winery is the oldest operating winery in southern California.

Things to Keep in Mind When Buying or Selling

Before you buy or sell a home in Rancho Bernardo there are several important factors to keep in mind. Rancho Bernardo is located just outside of the city, so commute times into town are up to 30 minutes. There is public transport available, but it may be faster to drive yourself. The nearest business park offers employment to more than 50,000 workers year round, with some of the biggest names in technology and manufacturing expanding their operations.

Property values in Rancho Bernardo are already some of the highest in the nation, but they are expected to continue rising as more executives move into the area. The area is growing rapidly with the addition of their very own softball league and other recreational opportunities. The homes in Rancho Bernardo are anything but cookie cutter models. Instead, the neighborhood has been developed according to a master plan that showcases the natural beauty of the area and provides adequate options for families of any size. Upon arriving in the neighborhood you are likely to be greeted by the sprawling hills and foliage in between gorgeous houses with luxury cars parked out front.

Despite the high prices of the area, sellers have very good luck making deals as there are always new managers and executives coming in to join the ranks of the industry in the area.

If you're interested in learning more about the Ranch Bernardo area, let us know! We're happy to answer any questions you may have about the housing market in San Diego.