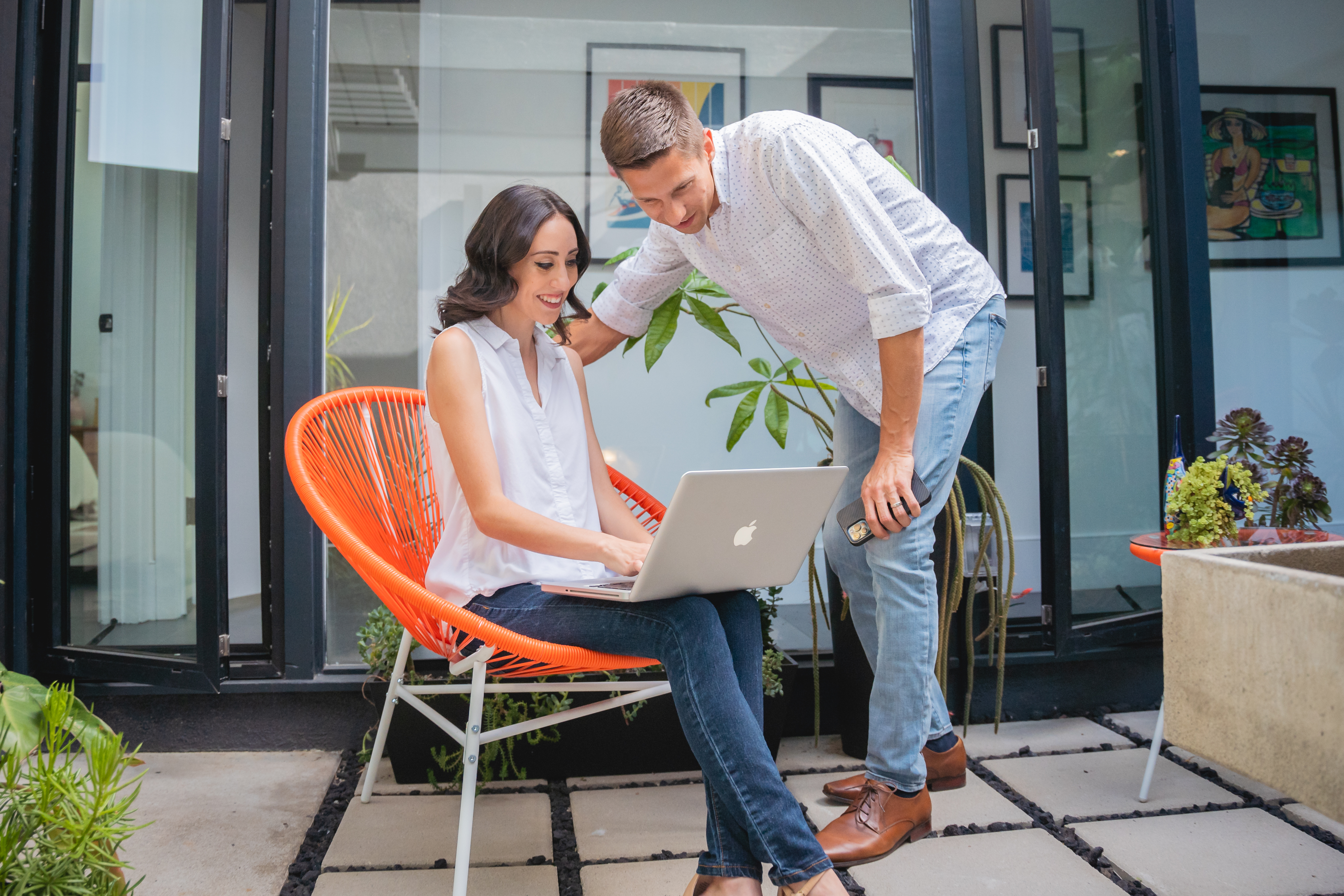 What to Know About Living in Barrio Logan

Barrio Logan's history is closely tied to that of Logan Heights, which came about in 1881. In 1910, Barrio Logan attained its own identity and a new name, with the influx of Mexican refugees after the Mexican Revolutionary War.

Since then, the area has had its fair share of ups and downs, but all that's about to change. After years of taking a back seat in the greater scheme of things, Barrio Logan looks set to bounce back at last.

These are the things you need to know about Barrio Logan if you're considering a move to this up-and-coming area.

Barrio Logan has long been an industrial area with a high focus on shipping and naval activities. Now, residents are turning away from these old ways and branching out with endeavors of their choosing.

New businesses are sprouting up all over the place, including trendy craft breweries, art studios, cafés, and coffee shops. Most of these retain a strong sense of the friendly Barrio Logan vibe and its vivid Mexican traditions.

Some of the newest businesses in town include:

You can explore all these and more on jovial weekly Walk the Block outings in Barrio Logan.

VetPowered is one of the most impactful recently opened businesses in Barrio Logan, owned by local stalwart, Hernán Luis y Prado.

This facility centers on creating employment for Barrio Logan's large veteran community. In May 2022, it gained recognition as San Diego's Small Business of the Year.

Latino people from Barrio Logan have served their country since they first arrived in the neighborhood. More Latinos earned purple hearts in WWII than any other American population group.

Today, the community of Barrio Logan celebrates our heroes at the Veteran's Memorial in Chicano Park. This showpiece comprises a large stone memorial and a flagpole and serves as a place to honor these valued community members.

At the Don Diego VFW Post 7420, vets can get together to reminisce, relax, and enjoy entertainment curated specially for them.

Employment is a natural offshoot of new businesses, and Barrio Logan has come a long way since the devastation wreaked by the pandemic. At this time, Barrio Logan and Logan Heights had the lowest employment rates in the country.

Now that things are getting back to normal, some of the area's major employers are hiring again.

Barrio remains a hub of the working class, with many decent-paying jobs. Most people work in the rail yards, at the NASSCO shipping yard, the oil tanker facility, and the Tenth Avenue Marine Terminal.

There are several garages and body shops in the area too, and many restaurants are forever on the hunt for waitstaff and chefs. If you're more inclined toward white-collar pursuits, San Diego's thriving downtown district is only 30 minutes away.

Barrio Logan has an excellent public transport system to get you where you need to go, including downtown San Diego. The newly refurbished San Diego Trolley provides access to the UC San Diego Blue Line and the local bus route.

Revitalization Is Underway in Barrio Logan

In December 2021, the City of San Diego approved far-reaching plans to improve the long-neglected environment of Barrio Logan. These efforts will help bring the neighborhood in line with global trends toward purer, healthier air.

Foremost among these developments is the creation of a buffer zone between industrial and residential areas.

This plan is part of the federal government's commitment to improving conditions in 22 Promise Zones scattered across the country. These efforts center around improving neighborhoods to benefit everyone through partnerships between federal, state, and local organizations.

Construction of a new school campus serving grades K to 12 is underway, and there are additional parks and green spaces in the pipeline, too.

According to the federal Promise, the Logan Heights area will also receive funding for improvements. Notable projects include job creation, crime prevention, provision of affordable housing, and better access to healthcare.

As it is, you'll find everything you need in Barrio Logan or nearby. The streets, buildings, and bridges are alive with local art, and you can easily walk wherever you need to go.

The Sharp Memorial Hospital and Logan Heights Family Health Center can assist you with your medical needs, and there are several pharmacies in town.

Chicano Park is the epicenter of activities at Barrio Logan. It stands as a beacon of the area's embattled past and a striking symbol of community cooperation.

When the city of San Diego tried to develop this stretch of land at the heart of the neighborhood, community members stood in solidarity. They defied the authorities and managed to preserve this 7-acre recreational space for their future enjoyment.

Today, Chicano Park is the largest collection of Chicano art in the world. The arches and columns of the overhead Coronado Bridge are richly decorated with murals depicting colonial, modern, pre-Colombian, and contemporary themes.

You can explore them all on self-guided tours of the park accompanied by a detailed map of what's on offer.

Chicano Park plays host to many dance festivals and music events, including Chicano Park Day, which commemorates the struggle to preserve the park. On ordinary days, residents can enjoy the park's picnic tables and playgrounds.

As one of San Diego's oldest neighborhoods, Barrio Logan has collected residents from far and wide over the years. People of Latin American descent still dominate the demographic, but there are also pockets of other nationalities in the area.

In itself, Latin American culture is a showcase of vibrant traditions, featuring aspects of Spanish, African, and indigenous culture.

These people are among the most hospitable in the world, with a great love of festivals. These spectacular events, like Dia de Los Muertos, are awash with lively music, animated dance, and dazzling color.

Barrio Logan is one of just 14 designated cultural districts in California. It presents an in-your-face array of street art all over town, along with traditional eats and regular festivals.

The community embraces self-expression and cultural appreciation in galleries and with events like the monthly Barrio Art Crawl.

The Bread and Salt Art Gallery occupies a space that was once a bakery. You can still see the old bread-making equipment on your way in.

Once you're inside, you can enjoy rotating art exhibits, sculptures, interactive readings, and experimental art displays. This museum collaborates with the La Jolla Athenaeum Art Center to encourage locals to explore their talents.

Other notable galleries in the area include:

Many of these showpieces occupy the warehouses that once dominated Barrio Logan's economy.

With San Diego, Logan Heights, and Coronado Bay nearby, Barrio Logan is an excellent option for urban living, with plenty of choices available when you feel like a change of scenery.

The neighborhood abounds with places to work, play, and immerse yourself in diverse cultural activities. It's set to get even better as local improvement initiatives get underway.

According to AreaVibes, Barrio Logan already ranks higher than 51% of neighborhoods in San Diego in terms of livability. Most residents enjoy the close-knit community spirit in the area, as well as close access to the beach and downtown San Diego.

The average price of a property in Barrio Logan is $630K. This is relatively low when compared to the median price of $981k for California homes in the rest of San Diego.

If you prefer to rent accommodation, you can expect to pay around $1,950 per month for a one-bedroom apartment, which is lower than the San Diego average, despite recent increases.

Find Out More About Barrio Logan

By investing in Barrio Logan before it blossoms, you can benefit from increased home prices as upgrades to the area progress. In the meantime, you can lap up a vibrant community vibe, ongoing growth, and unique employment opportunities.

If you can stick it out until Barrio Logan recovers from its restless past, there's a good chance you'll enjoy rich rewards for your patience.

Are you interested in finding out more about San Diego's burgeoning neighborhoods? Browse our blog for the latest information, or get in touch for assistance with finding your ideal California home.